A old photo of Ed in the cockpit of his plane. he owned three planes over the years. For years he was fish spotter. In fact, from what I understand he was the first pilot to make a connection between the black spots in the ocean and schools of fish. He worked with the fishing boats to let them know where to cast their nets. Kent wrote a book about this part of his life that was never published. I have also found a documentary made about this too called Shadows in the Ocean. The book has the same name. 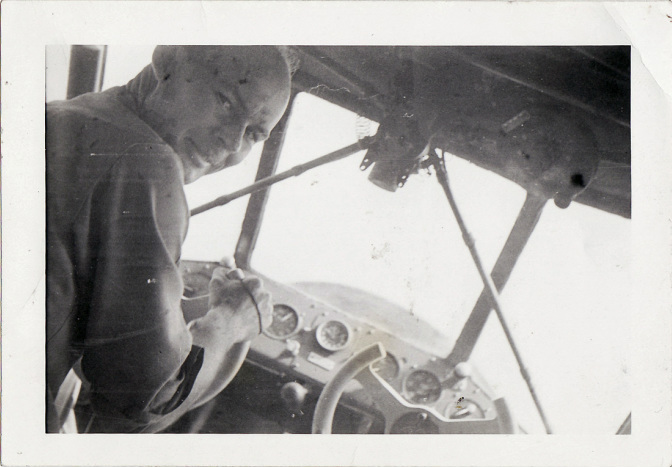